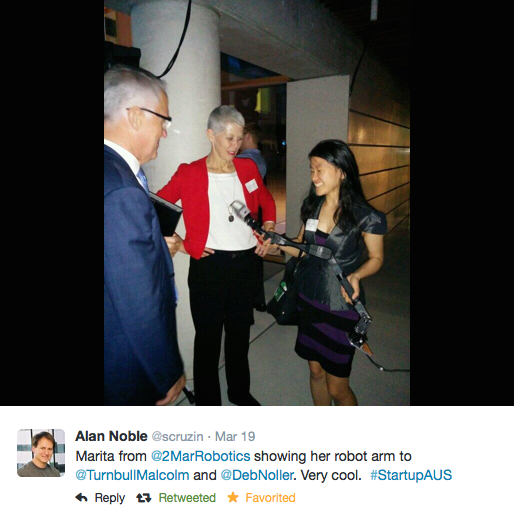 This is a blast form the past! Here was Marita showing the current Federal Member for Wentworth, and the Minister for Communications, Malcolm Turnbull, Jeva the robot arm. This photo was taken by the Head of Engineering at Google Australia, Alan Noble. Alan’s also on the Board of #startupAUS, which does great work in promoting startups in Australia. And Deb Noller, the awesome entrepreneur behind Switch Automation, is also in the shot. We were in Canberra launching Australia’s Innovation Generation in March this year.